In this section, we will discuss how to formulate reinforcement learning problems using Markov decision processes (MDPs) and describe various components of MDPs in detail.

A Markov decision process (MDP) (Bellman, 1957) is a model for how the state of a system evolves as different actions are applied to the system. A few different quantities come together to form an MDP. 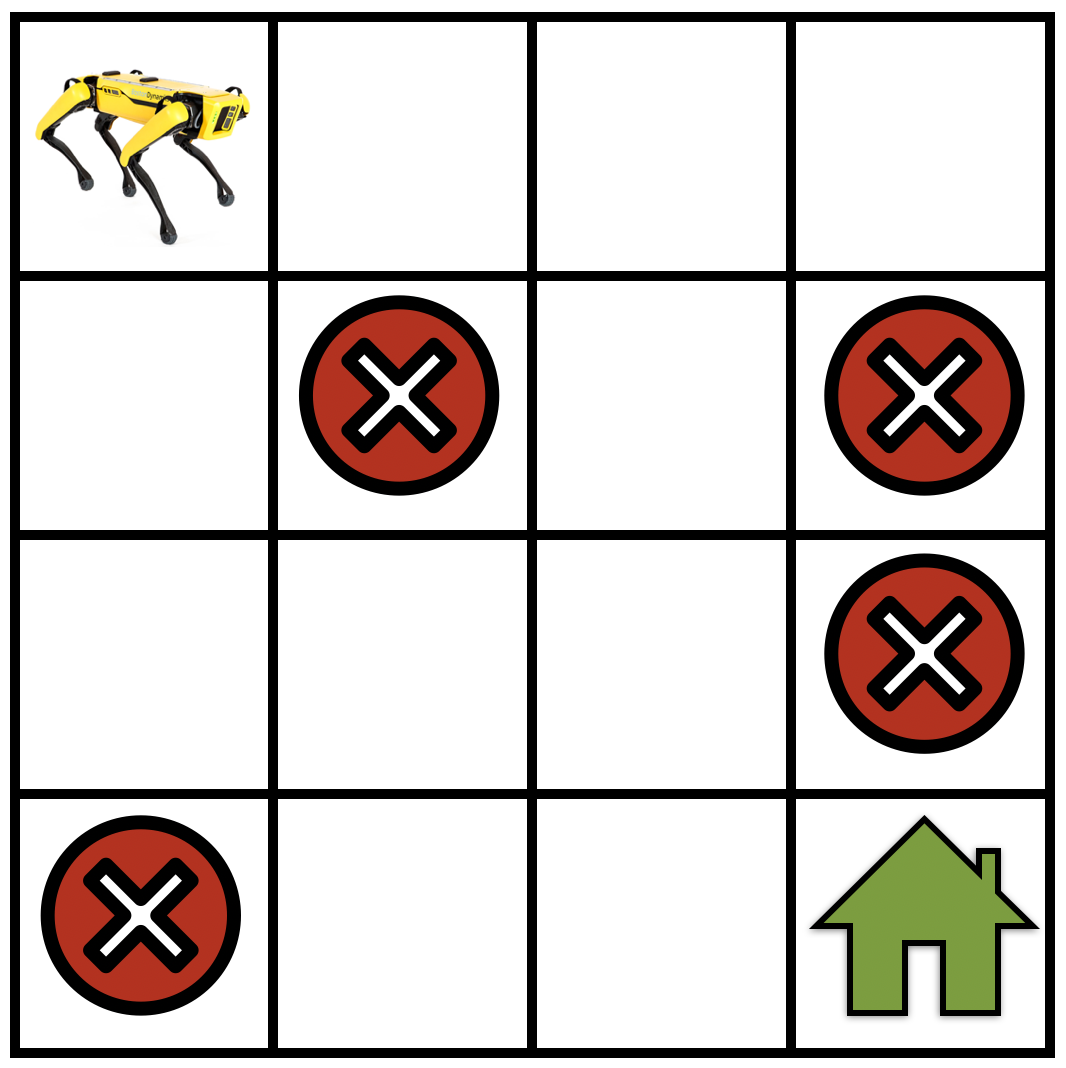 Fig. 17.1.1 A simple gridworld navigation task where the robot not only has to find its way to the goal location (shown as a green house) but also has to avoid trap locations (shown as red cross signs).¶

The different components above together form a Markov decision process (MDP)

The goal in reinforcement learning is to find a trajectory that has the largest return.

Think of the situation when the robot continues to travel in the gridworld without ever reaching the goal location. The sequence of states and actions in a trajectory can be infinitely long in this case and the return of any such infinitely long trajectory will be infinite. In order to keep the reinforcement learning formulation meaningful even for such trajectories, we introduce the notion of a discount factor \(\gamma < 1\). We write the discounted return as

Note that if \(\gamma\) is very small, the rewards earned by the robot in the far future, say \(t = 1000\), are heavily discounted by the factor \(\gamma^{1000}\). This encourages the robot to select short trajectories that achieve its goal, namely that of going to the green house in the gridwold example (see Fig. 17.1.1). For large values of the discount factor, say \(\gamma = 0.99\), the robot is encouraged to explore and then find the best trajectory to go to the goal location.

17.1.3. Discussion of the Markov Assumption¶

Let us think of a new robot where the state \(s_t\) is the location as above but the action \(a_t\) is the acceleration that the robot applies to its wheels instead of an abstract command like “go forward”. If this robot has some non-zero velocity at state \(s_t\), then the next location \(s_{t+1}\) is a function of the past location \(s_t\), the acceleration \(a_t\), also the velocity of the robot at time \(t\) which is proportional to \(s_t - s_{t-1}\). This indicates that we should have

the “some function” in our case would be Newton’s law of motion. This is quite different from our transition function that simply depends upon \(s_t\) and \(a_t\).

Markov systems are all systems where the next state \(s_{t+1}\) is only a function of the current state \(s_t\) and the action \(a_t\) taken at the current state. In Markov systems, the next state does not depend on which actions were taken in the past or the states that the robot was at in the past. For example, the new robot that has acceleration as the action above is not Markovian because the next location \(s_{t+1}\) depends upon the previous state \(s_{t-1}\) through the velocity. It may seem that Markovian nature of a system is a restrictive assumption, but it is not so. Markov Decision Processes are still capable of modeling a very large class of real systems. For example, for our new robot, if we chose our state \(s_t\) to the tuple \((\text{location}, \text{velocity})\) then the system is Markovian because its next state \((\text{location}_{t+1}, \text{velocity}_{t+1})\) depends only upon the current state \((\text{location}_t, \text{velocity}_t)\) and the action at the current state \(a_t\).

The reinforcement learning problem is typically modeled using Markov Decision Processes. A Markov decision process (MDP) is defined by a tuple of four entities \((\mathcal{S}, \mathcal{A}, T, r)\) where \(\mathcal{S}\) is the state space, \(\mathcal{A}\) is the action space, \(T\) is the transition function that encodes the transition probabilities of the MDP and \(r\) is the immediate reward obtained by taking action at a particular state.